It’s My Birthday and I am Choosing to be Reborn! 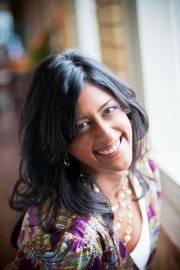 Releasing myself from the cell

Tomorrow is my birthday. I’m turning 39. I’m hoping to become engaged, possibly married, and possibly pregnant this year. It feels like a tall order for one year, but that’s what resonates with me as my path for 2015.

Last October I had a dream of myself alone in a cell. When I meditated on it, I realized that this dream symbolized the deep-rooted idea I’ve always had of myself as alone and unloved. In particular, every year on my birthday I focus on what’s missing from my life, and my mind goes to this place of fear that I will end up as I was in the dream cell: old, alone, abandoned.

I decided that day in October that when my birthday came this January 23, I would choose to be reborn. To rewrite the story I’ve told and retold of myself as perpetually lonely, unloved, unpartnered. The woman who is forever checking off the “single” box on every form she fills out. It’s an old story that doesn’t speak to the future I want to create or even accurately reflect my reality. I’m ready to let it go. It’s time to check a different box on the form, to feel joy instead of pain when I’m asked for my marital status.

And so here I am, coming up on my birthday. This January 23, I’m embracing a new identity as a loving, loved, partnered woman—and possibly even a mother. I’m letting go of the old story, the old identity, and actively co-creating a new one.

Do you have a story you feel stuck in?

If you’re struggling to conceive, maybe that story is “I’m not meant to be a mother. I should just give up.” If you’ve suffered multiple miscarriages, your story could be “My body is incapable of carrying a child.” You may have a story that’s been told on your behalf by your doctor or your circle of friends. You may have been handed an official label by a professional: infertility, endometriosis.

Are you ready to let go and embrace a new possibility?

I want to make it clear that I’m not suggesting the struggles you’ve experienced aren’t real. You aren’t making them up. You may be facing very real physical and emotional challenges. But it’s a new year, and as I take my own step into a new identity on my birthday, I'd love to inspire you to think about how you might also be reborn in your own mind. What do you want to transform about how you think of yourself? What do you want to transform about your idea of what is and isn’t possible?

Here’s another example of a story I’m choosing for myself: Everyone out there will tell a woman in her late 30s that her eggs are too old, that maybe she should start IVF right away. Maybe you’ve heard that yourself. But as I embrace the potential of becoming a mother, that’s not the story I want to accept as my reality. I’m choosing to create a different one.

What of this past year do you feel ready to release? In 2015, I'd love for you to join me in choosing to take back our power and write our own stories.