So how does the moon really affect your fertility? 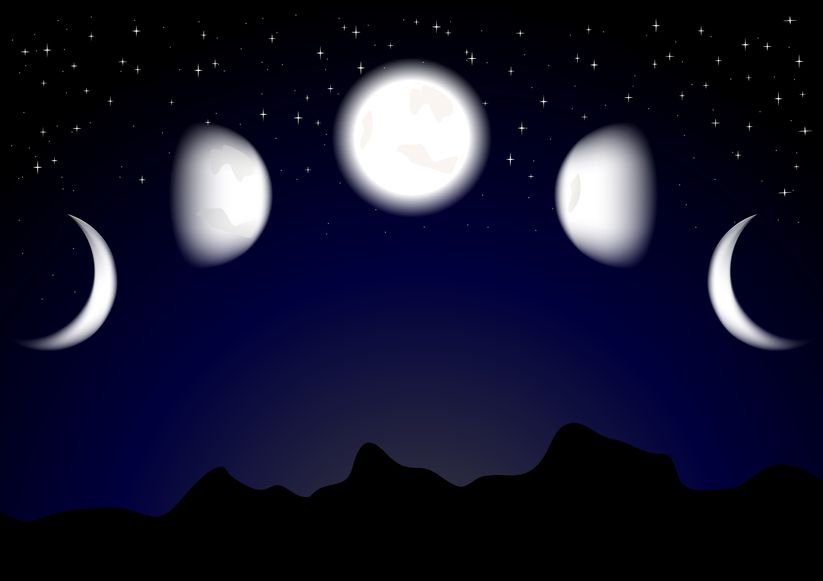 If you’ve hung around here for long, you know that the moon is my favorite symbol of the feminine. But it’s more than just a symbol—the moon is a powerful force that has a real effect on our female cycles and our fertility.

A woman’s natural menstrual cycle is the same length as a lunar cycle: 29 days. In ancient times, before the invention of artificial light, women menstruated and ovulated in synchronicity with the moon. Its light energy triggered ovulation, so the majority of women were fertile at the full moon (known as a White Moon cycle–there have always been exceptions, known as the Red Moon cycle, and if you missed it you can read all about that here). Couples knew to have sex when the moon was full, or to avoid sex during the full moon if they didn’t want to get pregnant.

Farmers also planted at the full moon, the phase considered optimal for growth, and they focused on weeding, pruning, and harvesting as the moon waned.

Scientists have even studied the moon’s effect on animal breeding and fertility, and they’ve found a connection—and, intriguingly, the connection seems to be strongest in marine animals. Why intriguing? Because marine animals have to contend with the tides, which are regulated by the moon. Coral reef animals, for example, spawn once every lunar cycle, usually at the full moon.

So whether human, plant, or animal, the moon does appear to have a significant influence on our reproduction. It’s fascinating stuff.

But just how does the moon actually have this effect on our fertility?

Exposure to light increases the levels of FSH (follicle stimulating hormone, which matures the eggs in the ovaries) in the hypothalamus and pituitary glands. Light absorbed through the optic nerve is also used as a nutrient for the endocrine system (which coordinates the flow of your hormones).

So a full moon, which pre-electricity was our only source of nighttime light, can help to bring about optimal conditions for conception.

I was fascinated to learn, too, that girls growing up in a city mature sexually earlier than those in rural areas, possibly because of light pollution that disrupts the natural cycle of exposure to light and darkness.

2. The moon’s gravitational pull on the earth’s fluids

The moon’s gravitational force on our oceans is primarily responsible for dictating ocean tides. How fascinating to consider that if the moon can have this huge an effect on such an enormous body of water as an ocean, it could also influence menstrual fluids and the liquid in which the egg is suspended.

We don’t yet fully understand all this, but I love that there is this much evidence that my favorite symbol of womanhood is in fact a huge influence on the menstrual cycle that makes us uniquely female.

Using exposure to light to regulate your cycle

If you’re trying to conceive and you have an irregular cycle or want to encourage your body to align with the White Moon cycle, you can harness this information about the moon’s effect on our cycles. Here’s how:

▪ For most of the month, try sleeping with no light. That means no computer, phone, or glowing alarm clock, and curtains that completely block any light from the street.
▪ When the moon is full, leave a nightlight on near your bed.
▪ You can also make a point of noticing the moon’s phases, taking a moment each night to look at it in the sky.
▪ And that’s it. What you’re trying to do is mimic the conditions we lived in before the invention of artificial light, when the moon was the only significant access to light at night. It may take a few months but your body should gradually adjust.

If you want to know more about your connection to the moon, or if you’d like to regulate your cycle and relax into the miracle of pregnancy, I’d be delighted to share the Moon Goddess yoga and meditation program with you. There’s a Moon Goddess for healing hormones and period problems, and a Moon Goddess specifically for fertility. Click here to learn more.