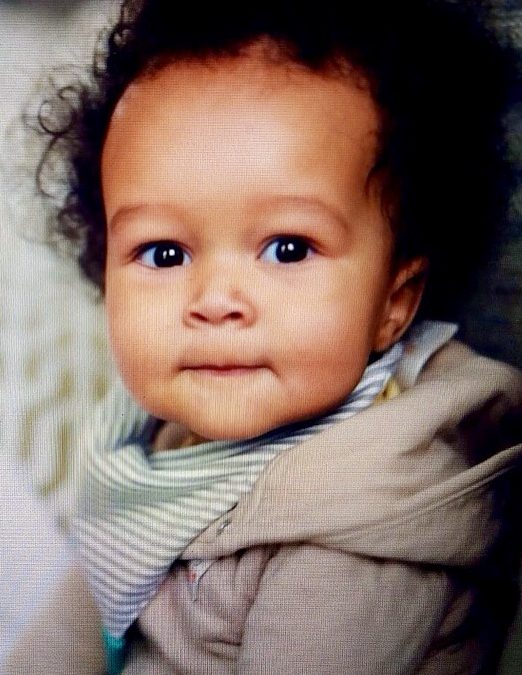 What negative thoughts do you keep thinking over and over again?

What fears are you so accustomed to living with that maybe you don’t even realize they’re there?
For my client Joanne, it was:

Maybe it’s not meant to be.

When you’re not getting pregnant, your mind starts to look for reasons why it isn’t happening.

It supplies explanations as a way of forcing some order and control onto the situation.

Maybe it’s not meant to be was one of the explanations Joanne found herself constantly dwelling on…so much that by the time she reached out for support from me, the negative thinking had become automatic and pervasive.

“I look around and my siblings all have kids,” Joanne told me. “At family get-togethers it’s all they talk about. It’s the same with friends and women in general.” She felt left out, like she didn’t belong anywhere, and completely isolated from her support network.

“It feels like I can’t control having a kid. I have done everything I am supposed to do. It should come naturally but it hasn’t.”

Maybe it’s not meant to be.

One of the first questions I asked Joanne when we began to work one-on-one together was:

How does it make you feel to think this thought?

Because for almost every woman I work with, there’s a huge gap between wanting to believe you can conceive and actually believing it.

But when your mind is constantly looking for explanations for why it’s not working, what you’re doing is reinforcing the negative balance towards failure.

Maybe it’s not meant to be. This belief is on the side of your failure, NOT your success.

Joanne knew she would feel more positive, optimistic, lighter if she could get rid of this thought.

But–and this may seem like a contradiction–before she could clear her fears and negative beliefs, she first had to allow herself to feel them.

But the truth is that you ARE going there. Your mind is on autopilot, and you’re dwelling in your fears reflexively.

So the first part of the coaching process with me is identifying your negative thoughts and discovering precisely what your fears are…so we can start the process of letting them go, and from there build toward the tipping point on the “belief” side of the scale.

It’s really scary to try to look at those fears on your own.

But when you’re being held in a container of support and being given a way to do it that feels safe and doable, it’s much more accessible.

You’re more likely and more willing to go there.

We do want to release those negative emotions. But first you have to acknowledge and create space for them, like a loving mother being present for her child’s hurt feelings.

You have to be able to show up with kindness and compassion toward yourself.

That’s the first step: skilfully holding space for your own hurt feelings. This is the first skill that we employ in our coaching. (We do it through a process I developed called the Body Prayer, which I’ll tell you more about in a minute.)

“Zahra helped me to uncover deep, subconscious, unhelpful beliefs and taught me how to release them. I was terrified to admit these things to myself, never mind to another human…I was amazed at how emotionally safe I felt with her.”

When you’re struggling to conceive, there’s a powerful desire to be vigilant about what you’re thinking and to control how you feel.

The intention is a good one. But most women are going about it in a way that usually doesn’t work.

And most of the women I talk to already know this intuitively. They tell me:

“I’m trying to control every aspect of this experience and there’s a small voice that’s telling me I need to let go — but I don’t know how to. Because if I let go, it feels like I’m giving up. This is the only thing I feel like I have control over right now: somehow trying to wrestle the problem to the ground and FIX IT.”

But that struggle? It works against you.

Which is why there’s a voice inside saying you need to surrender.

In my work with clients, everybody–everybody–has to turn the corner from control to surrender.

It’s the biggest struggle I see. It’s also the pivotal point when I know we’re going to be successful.

This tipping point is not a contrived thing. I can guide you there, but it’s a spontaneous occurrence that comes from the process of incrementally increasing your trust and faith.

Joanne was a perfectionist. She told me she’d rather withdraw from a competition or a goal than face not succeeding. Her recurring thought that maybe it’s not meant to be was a way to assert control over something that felt out of her control.

Our first several weeks together were spent reining in the solution-searching, problem-solving, controlling impulse and building a capacity for trust and faith.

It’s much easier to problem-solve, and much harder to sit back and trust and allow. It requires exercising a muscle that is often really underused.

And because Joanne was doing IVF, a procedure that is chock-full of factors that need to be measured and analyzed, it was really challenging to not be obsessed with influencing the numbers, monitoring the numbers, worrying over the numbers.

At the heart of my coaching work is something called the Body Prayer process. The Body Prayer rewrites the tape in your head by identifying and releasing damaging beliefs and replacing them with power statements.

“Doing the Body Prayer felt so amazing. It was in my own voice, with powerful music, and really went to the heart of what was troubling me. I could sometimes feel the negativity floating away from me. I was living my life by checking things off of a list. The Body Prayer and its process helped me to ground myself and be present.”

An unexpected bonus? “How much I was able to forgive myself for things I didn’t know I was punishing myself for.”

It took a good 6 weeks for me to know when Joanne reached the tipping point. It’s the thing I’m always looking for with clients, where that corner from control to surrender is turned.

That’s when I know that this is going to go the way we want it to go.

During her pregnancy, I asked Joanne what the 3 biggest outcomes of our work together were. She listed them this way:

2.5 years later, Joanne wrote me this:

I cannot believe it’s been 2.5 years since I worked with you. I am truly amazed at my own growth. As we come upon my DAUGHTER’s 1st birthday, I am moved to tears. Yes, I have a daughter. I still grin like an awkward school girl when I realize that I HAVE A DAUGHTER! I truly believe that my second IVF cycle was successful in large part due to the work that I did with you. I blossomed from the inside out. Here is a photo of Ori at 7 months old.

Apply for a no-cost Fertility Breakthrough Sessions with me. This 40-minute call normally costs $200, but if you’re committed to changing your fertility approach, I wanted to make it as easy as possible for you to get my help.

In your Fertility Breakthrough Session I’ll walk you through:

• Making space for healing the hurt of infertility or pregnancy loss

• Relaxing into the miracle of pregnancy with a simple plan of action and transformation.

If we’re a good fit, I will invite you to sign up for additional coaching through my signature fertility coaching program Becoming the Vessel for Pregnancy Success.