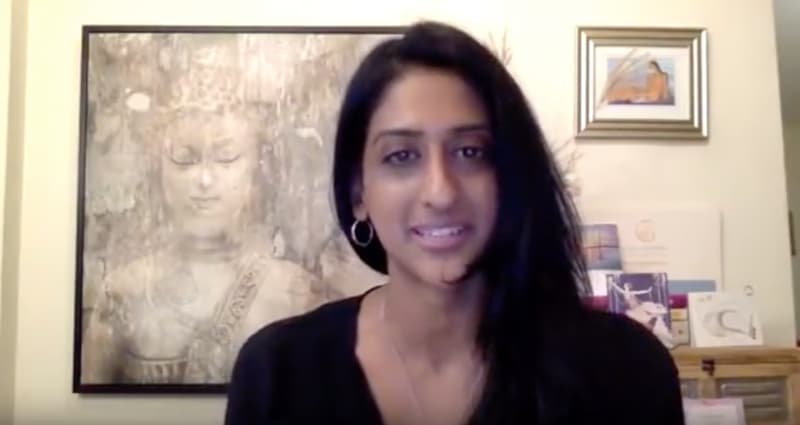 Thank you so much to all of you who joined me in the energy of the Samhain Huntress Moon. It was a really special one for me because I shared so deeply from my heart and from experience that is still very fresh and ongoing for me. I am so grateful to all the women who were there holding that space with me!

If you’re just joining me now, I have the recording waiting for you below, so you can still catch up on the story of how my failed IVF turned into a very unexpected love story.

What’s that you say? Love story?

It's all in the recording below.

But first I want to talk about the power that I believe is at play in my story.

It’s a power that I’ve been learning to surrender to for over a decade…and even though I lost sight of it for a while, it was still there. I’m talking about feminine power. The mother power of creation. A power that we can learn to plug in to in order to attract what we desire–and receive what we desire.

The power that I am so awed to see at work in the I-can't-believe-this-is-happening-to-me events of the past month.I go into a whole lot more detail about this on the live cast replay below, including exactly how to become magnetic to all that you want by tapping into the Universal Womb where your desires are gestating.

In the energy of the Full Samhain Huntress Moon we explore:

Back in December I separated from my partner of 5 years. Choosing to be single again, with a lifelong desire to be a mother, was a really scary decision to make as I approached my 42nd birthday. But I knew in my heart that even though I loved him, this man wasn’t right for me or my future child.

Then in April I got a call from two different clinics offering a government-funded IVF cycle. I decided I would go for it on my own.

I am a fertility coach. I have helped so many women in their 40’s conceive with far worse prognoses than I. So when I made the decision to get pregnant via IVF, I fully expected it would work.

And everything looked stellar when my IVF started this summer.

My FSH was the lowest it had ever been. I had 18 eggs to start with and 6 retrieved. My wonderful neighbour was willing to come every morning to give me all the injections. And the best part was, I wasn’t paying for the IVF. The doctor I chose even offered to give me free drugs for stimulation because the pharmaceutical company had given him a new protocol to try out from Europe.

I got the exact donor I wanted — part Hispanic, with only 5 other donor kids — and the last sample he would ever donate.

The retrieval went so smoothly that I didn’t even bleed afterwards.

3 eggs fertilized — exactly the number of embryos I was hoping for.

I felt like the Universe was smiling down on me. Everything was unfolding perfectly.

But by day 3, one embryo stopped developing. By day 5, two had stopped. On day 7, the last one still hadn’t made it to a blastocyst — and so, in the stunning words of the nurse who called me, they “discarded it.”

Receiving that phone call was utter devastation. I felt completely lost, paralyzed with shock and grief.

When the call came, I was in my car reading an email. It was about a seminar I wanted to attend, but the dates fell in the middle of my IVF cycle so I’d thought I couldn’t go.

I hung up from the phone call and called my best friend to tell him what had happened.

He listened and empathized. And then he said something that astounded me. He told me that I needed to go to Asheville, to the seminar I was reading about when the call came from the fertility clinic.

In almost a decade of friendship, my best friend has NEVER, EVER told me what to do. On principle, he just won’t give advice.

But not this time! He said his whole body was vibrating when I told him the call came as I was reading the email about the workshop. He said that I needed to go.

I was in so much shock that I could barely get myself out of the car, and now he was telling me to go to Asheville, North Carolina?

But I couldn't ignore the message.

I dragged myself out of the car and spent the next 3 hours booking a flight, an Airbnb and my ticket to the seminar to see my favourite spiritual teacher, Abraham Hicks.

And then I wept. I called a few of my closest friends for support. I wondered why the Universe had made this IVF so easy, only to have it crash in the end.

I didn’t know it then, but the answer was brewing…and in a short 72 hours I would understand.

All this happened on a Wednesday. On Friday I was on a plane. Saturday morning I got a front row seat to see Abraham. I raised my hand and I was called up to ask my question.

In front of 1000 people I told them my IVF failed. That I am a fertility coach. That the procedure should have worked, and I didn’t understand what had happened.

That’s when Abraham asked me a very poignant question.

They asked: “Do you really want to be a single mother?”

And then they said: “Because your inner being knows that you don’t.”

I had literally prayed over the meds every single day: “Unite me with the man who will raise this child with me.”

So no, I never wanted to be a single parent. And when I chose to leave my partner last year, I also knew I did not want to be a parent with him, that he was not the right man. But I hadn’t wanted to wait any longer to become a mother.

I got off the stage and I felt so much relief. The Universe knew what I wanted — it seems even better than I did.

Now it was up to me to allow myself to receive all of it, not just the baby part.

The story of what happened when I shifted into the receiving mode is still so amazing to me, I feel like I’m on a magic carpet ride orchestrated by the Universe — and it feels like bliss.

Yes, 72 hours after my failed IVF, I was ushered into bliss.

And this is where the story really gets good…but you’re going to have to click the video above to hear exactly how that unfolded, because this blog post is getting waaay too long!

But as I explain on the live cast, I believe that in my failed IVF and the resulting love story there was a greater power at play.

And I can’t wait to tell you more about it in the video. Just jump to minute 4:36 where the story starts!