Anna’s Story: “This bleeding path to motherhood is not mine to take” (Part 1 of 3) 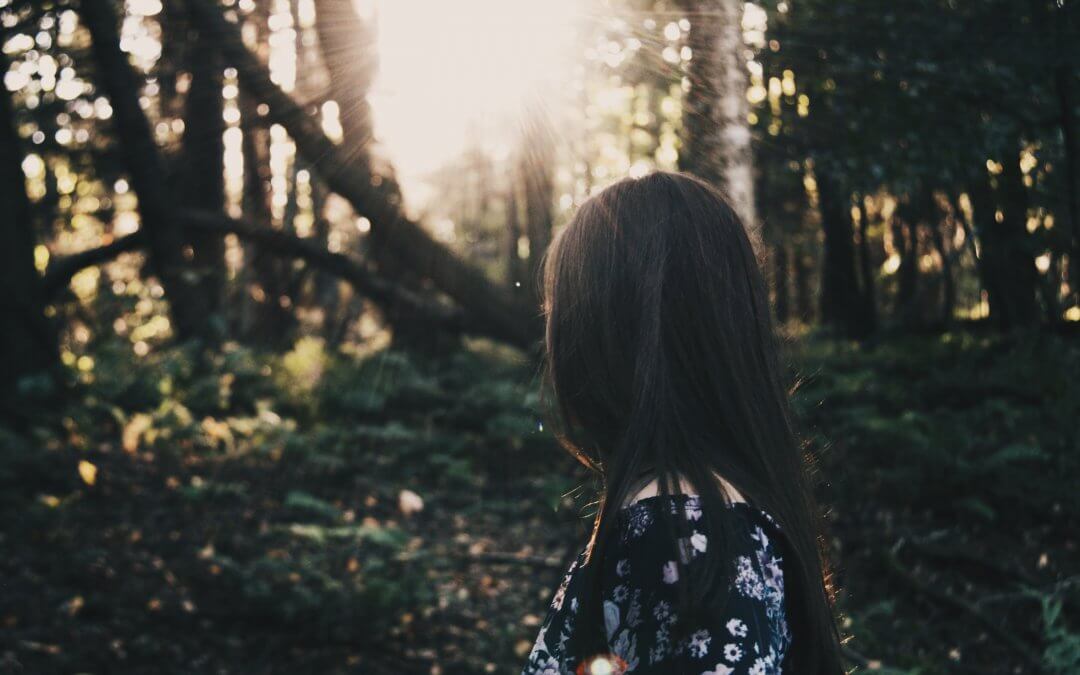 Recently a woman named Anna reached out to me for a Womb Blessing (called a Womb Energizer when it’s done remotely). As I got to know her before and during our session, I found her story so moving that I knew I wanted to share it with you all. Anna was gracious enough to allow me to introduce her to you.

And because I don’t want to skim over any of it, this week I’m going to be sharing Anna’s story with you in 3 parts.

Part 1: “This bleeding path to motherhood is not mine to take”

Anna is 45 years old and lives in Athens, Greece. She was first led to Yoga Goddess by her fertility challenges.

And for Anna, they were fertility challenges rooted in her own childhood.

I’m going to let her tell you about it in her own words:

“My mother had her own fertility challenges before giving birth to two children. She talked to me about her fertility experience ever since I was five years old. I grew up on the assumption that the most difficult thing in life would be to conceive and give birth. That I would have to try for years and suffer multiple miscarriages in order to step into (be worthy of?) motherhood.”

Fast-forward to adulthood, and Anna spent years agonizing over finding the right partner to start a family with.

“I thought I met this partner as I was nearing 40. We were well into our fertility journey when I realised that the relationship was abusive and unloving. But at that point I felt that I didn’t have any options. In my mind this was my one and only chance to have a child.

“I had always believed that suffering would be an integral part of my journey so I accepted this abusive relationship as part of the price I needed to pay in order to become a mother. I know it sounds crazy but this is how I felt at that time.”

She conceived naturally, twice. Both pregnancies ended in miscarriage.

Next she tried IVF. Both attempts failed, and — apart from the “age” diagnosis — no medical explanation was ever given.

That’s when Anna came across the spiritual teachings that transformed her perspective — including Yoga Goddess.

“For the first time in my life I was introduced to the idea of self-care, which was totally new for me! (I am supposed to be an intelligent person but this notion had never crossed my mind!) I felt empowered enough to realize that I had a choice. And that this bleeding path to motherhood was not mine to take.”

“I left my abusive partner, my abusive doctors and my abusive entourage at age 42. For me that was a sacred moment in my life.”

Anna decided to try to have a child on her own with donor sperm. Her new doctor wanted her to try IVF again but she insisted on a simple insemination with no drugs.

She was told that at her age the chances of conceiving were 1%.

She got pregnant that month.

But something didn’t feel right. She had pain on her right side. The doctors ruled out an ectopic pregnancy because her HCG levels were rising beautifully. Given the lab results, they said, her chances of an ectopic were one in a million.

Anna was that one in a million.

“At age 43 I woke up from an emergency surgery without my baby and without my right tube. I felt as though the world had come to an end.

“I kept bleeding for a year and once again no medical explanation was offered despite being subjected to numerous tests. After a year of total loss, the ideas that had once inspired me (including yours) revisited me. What if I could view this crisis as an opportunity for self-growth?”

For a year Anna focused on herself and her spiritual growth, connecting with her female soul for the first time in her life.

And then she created her first miracle: she met her true love.

He was a man she’d first met many years earlier — they went to the same school  from ages 5 to 18, but hadn’t been friends.

When they met again at their high school reunion after 30 years, it was magic.

Never in her life had she felt such an instant connection, such depth and kindness and love in a relationship.

She told me, “I didn’t know this kind of energy existed between a man and woman.”

Today, Anna still wants to have a child with all her heart.

“I am realistic about my chances at age 45 with one tube left. I am trying to find a way to process and honor this longing without letting it devour me like it has in the past. Without letting it distract me from the beauty and love I am experiencing.”

And so, after years in the Yoga Goddess community, Anna reached out to book a distance Womb Blessing with me.

It was one of the most powerful Womb Blessings I’ve experienced.

==>> Read about what happened when Anna and I finally “met.”

No matter where you are in the world (even Greece!), you can begin changing your relationship with your body, your fertility, and your female soul as early as tomorrow.